Thanksgiving is one of my favorite holidays.  Family. Friends. Football. Food. All the traditions. In my family, if you were an adult female, you likely spent most of the day in the kitchen.  If you were an adult male, you watched football.  Hardly fair, but perhaps a reflection of the times.  Maybe the men were exhausted from their typical bread winning days of working hard with other adults, while the women had it easy staying at home to play with the kids.  That must be it!

Our family’s traditional Thanksgiving meal could often take a few weeks to prepare.  This was done by the women.  However, on Thanksgiving Day, after nearly all the meal preparations had been completed, there would be one final task that required an adult male.  Carving!  At the very end, one male would be given this important duty.  For some reason, the women of the house could spend weeks preparing every aspect of this epic meal but suddenly hit an insurmountable obstacle when carving the bird.

Or maybe the carving duties reflected something more primal.  Men cut the meat!  Knives!  Rarrrr!  Somehow, an unspoken understanding exists between men and women that cutting the meat must be left to a man; that without this ego saving task, he might realize his utter lack of importance in preparing this meal.  Men like to feel needed.  And women adeptly understand this by pretending to lack carving skills.

The Origins of the Male Carver

About a generation ago, on a particular Thanksgiving afternoon, men across the land began to feel very hungry.  They had only eaten breakfast, as the women tended to neglect lunch time on this particular day.  The men weren’t upset, as they understood that the women were very busy making dinner.  They took a moment to bask in their thoughtfulness but to also reflect on the bitter irony of not being considered for the “fairer sex” designation.

For a fleeting moment, barely worth mentioning, they all considered making their own lunch.  But the kitchen was a dangerous place; unfamiliar territory.  In unison, they contemplated the risks and what would be required.  Mustard, mayo, meat, bread, lettuce, knives.  Hmmm.  Do we know the specific location of these items?  There are so many drawers in there.  Will we put things back in their proper spot?  This could go very badly for us.  Will we need to ask for help by one of the current kitchen occupiers?  Hmmm.  They began to contemplate the odds of being murdered if they were to make a sandwich two hours before dinner.  Hmmm.   It was decided that it would be best not to attempt making lunch on this particular day.

But their hunger grew and grew as they sat staring at the tube.  Watching all those men working up an appetite playing football was really making men across America hungry.  Eventually, their hunger finally reached a level that exceeded the pleasure of doing nothing on the sofa while watching TV.  This led them to rise from their thrones and enter foreign territory.  The women, thrown off balance by this new presence in the kitchen, weren’t sure what to do.  Dinner was almost ready, but not quite.  There were still many little details that had to be addressed.  With the women at the height of their anxiety, the men entered the kitchen and disturbed the kitchen flow.

“Curse them,” the women thought.  “Honestly, all I ask is for them to sit on their butts all day.  Is that too much to ask?”

The men were now an annoying obstacle thrust upon them at the pinnacle of the dinner preparation process.   But through their collective wisdom, an idea occurred to all of the women.

“He can carve the Turkey! That will get him out of the way and it will have the added benefit of being helpful.”

The Carver to the Rescue

With knife, fork, and perhaps sharpener in hand, the men approached the Turkeys.  At this point, other men at these Thanksgiving events across American, inspired by their mutual hunger, began to gather around the Turkey as well.  The chosen ones sharpened their blades, as the other tribe members watched mesmerized.  As he began to carve the bird, the crowd began to salivate.

They began to discuss the fine art of knife sharpening and Turkey carving.  It all sounded very impressive.  People talked about how good the bird looked and how it smelled wonderful.  And despite all evidence and etiquette to the contrary, the carver and the men around him began to attribute an unbalanced view of the carver’s contribution to this outstanding meal; that somehow carving was really the most essential part.

None of this was intentional.  It was not the carver’s fault.  Hunger skews perception; thinking was now the domain of the surrounding growling stomachs.  People were hungry and this carving man was going to be the remedy.

The women scrambled in the background; placing dishes on the table, lighting candles, tying up loose ends.  But the crowd remained fixed on those Turkeys.  They all eventually sat down to enjoy a delicious dinner; a meal prepared over many weeks in many cases.  Everyone was very quiet, busy wolfing down the delicious food.  It was absolutely wonderful.  Eventually, someone always comes up for air to grab a second slice of meat from the Turkey plate.  While doing so, he inevitably said,

“This Turkey was carved perfectly!”

14 thoughts on “Thanksgiving and Carving the Bird” 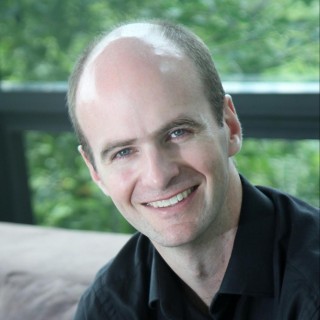